This is our archive page 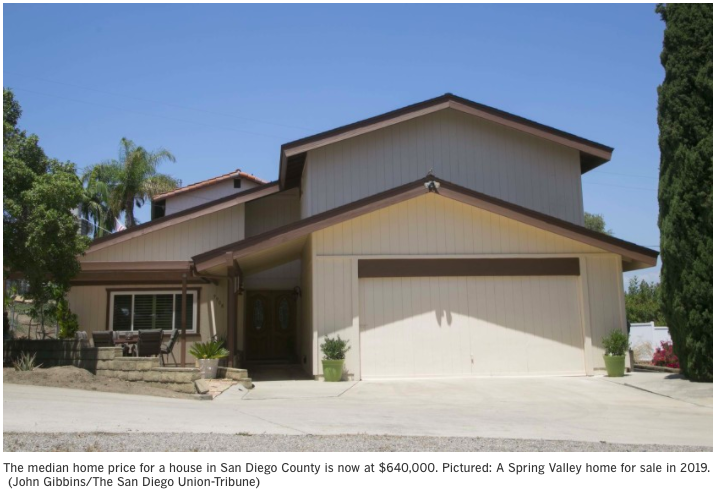 I spoke with The San Diego Union-Tribune recently about the new record high prices we have seen in San Diego. This year there are a lot less homes on the market, meaning a lot more competition for buyers and therefore higher home prices. Many sellers are receiving multiple offers, some even over asking price and selling in a few days.

The Union-Tribune reports “the county has seen prices rise more than 8 percent since the pandemic took effect in March” which is something we have seen across major cities in the country. Low interest rates have incentivized many to buy now, so more buyers have entered the market. I believe rates will stay like this for some time, so it’s a good time to buy for those who can.

Recently rates dropped to below 3%, which is a new low we have not seen for many years. In the midst of a pandemic this can be great news for many people who are looking to buy a home. Here in San Diego low rates can definitely help to make buying a home more affordable, but the amount of change it will make in the overall market may not be that much.

Home prices in San Diego have continued to rise over the past few years, and even now during the pandemic. This is a result of a continued low inventory of available homes over many years. At the beginning of the year there was already a low inventory, but once the state started to close down many sellers pulled their homes out of the market, understandably so. The homes that were still left started selling faster than expected and competition between buyers increased. If you’re thinking of buying be prepared to face some competition and to act fast when you find a home you want.

With unemployment rates still high, this means many people are simply not in the place to buy a home at all. Sadly, San Diego is already a city that can be difficult to afford. Many of the residents that lost their jobs would already have had a hard time affording a home. So while the low rates can help some people to afford a home, they won’t make a big difference in the overall affordability of owning a home in San Diego. Home prices will likely stay constant or possibly rise with continued competition within buyers.

Now, if you were able to maintain your job during this time and are contemplating buying a home, then now may be a great time for you. Requirements are getting tougher for loans, but it is still possible to get a low rate during this time. Let’s discuss your options today. Click here to get started.

What Is Zillow Offers?

Zillow Offers is a new program that has arrived in San Diego. This new program offers to help homeowners sell their home faster. While this may sound appealing to sellers, the downside is the price point. Zillow Offers may not pay what some sellers would like. Their offer comes in at market value and not typically higher. This may be good for sellers who are simply ready to move on from their current home for various reasons and are not too concerned with getting the highest offer. It’s also an opportunity for sellers who are not interested or cannot afford to make any renovations or changes to their home that would garner a higher offer. So while there are benefits to this program, it is not for everyone.

I spoke with some news outlets about this program. You can check out the articles here and here. Some San Diego realtors also offer their opinion on this program and it’s definitely worth the read. 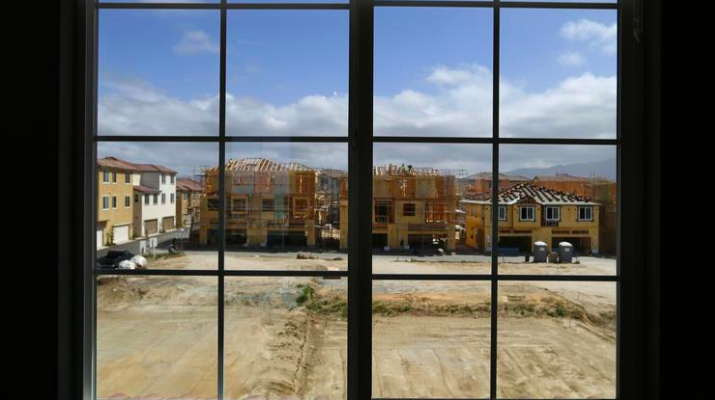 I recently commented on the decline in home prices we have seen over the last months in San Diego. Many homes in the market have had price reductions, which can be common during winter months, but it’s something we haven’t seen in San Diego homes for some time. While this can be a positive change for buyers, I believe it is still a sellers’ market due to the low inventory. For the full article click here.

I got the opportunity to talk with The San Diego Union Tribune about the rising costs of apartments in Downtown San Diego. With many new developments comes competition to gain tenants, but the high rents are not drawing in as many renters. Apartment complexes have started to offer concessions to draw in new tenants. I believe the high pricing is a step into drawing in new tenants. It is easier to bring down prices than to raise them. It’s a starting point for these new developments and will help them to find the right asking price.

To read more about this situation and the full article click here.

Median home prices in San Diego have hit a new record high and prices may not be slowing down. I spoke with the San Diego Union Tribune about this trend in home prices and what it may mean for potential home buyers. The market is very competitive now, and buyers need to be prepared to present their best offer if they are very interested in a particular home.

Read more about this topic at San Diego Union Tribune.

The San Diego County median home price was $529,000 in January, down by $11,000 since December, said real estate tracker CoreLogic on Tuesday.

The big picture: In a year, the median price increased 6.9 percent. San Diego County’s median home price hit an all-time high in June of $545,000. While January’s median is not far from the record, it might take a while to return to that level.

How prices could change: Rising interest rates and other factors could slow the pace of home price increases in the coming year, some experts say.

“The price is already pretty high and now you put higher interests rates on top of that,” said Alan Gin, economist at University of San Diego. “That’s going put home purchases out of reach for some people.”

The rate for a 30-year fixed mortgage was 4.52 percent Tuesday, up from around 4 percent at the end of last year, said Mortgage News Daily.

“The market is slowing down, in general,” Goldman said. “Prices are topping out and I don’t see a reversal. (Prices last year) were increasing at a very aggressive rate.”

Read the complete article on the San Diego Union-Tribune

The housing market reached new price peaks in 2017, shattering records left over from the 2005 housing boom.

Home prices rose as the number of homes for sale continued to drop — even more so than previous years. Meanwhile, the number sales stayed about the same.

“If you look back at 2017, it was a robust year,” Goldman said. “Interest rates were quite good, the economy was continuing to barrel ahead, wages were strong, employment was strong and millennials were aging into the homebuying market.”

Experts attribute the high prices to a lack of homes for sale and intense demand. The relatively small reduction in home prices from last month does not have anyone thinking prices are heading south.

“I don’t see anything pushing prices back at this point,” said Mark Goldman, a finance and real estate expert at San Diego State University.

The San Diego County median home price reached $515,000 in March, its highest point in a decade and a 7.7 percent increase in a year, real estate tracker CoreLogic reported Tuesday.

“Home prices are going up faster than household incomes,” said Mark Goldman, finance and real estate lecturer at San Diego State University. “However, there is a shortage of units on the market. You have a lot of buyers chasing very few properties.”